Sonic The Hedgehog Franchise Shows A History Of Success

The Sonic the Hedgehog franchise has existed for almost 30 years and with the success of the new movie ($57 million dollars on opening day) why not look at where it all began. In 1990 Sega had become a powerhouse in the home video game console market and they rivaled even the likes of Nintendo, but Sega needed a new mascot that can be on par with the likes of Mario. Alex Kidd just wasn’t going to cut it anymore.

In 1991 Sega had finally released their killer app for all their consoles at the time including the Sega Game gear, and Sonic the Hedgehog was a huge success. The first game continues to be the best-selling game in the series.

One year later Sega once again shocked the world with Sonic the Hedgehog 2. 2 introduced Miles Tails Prower, a second playable character allowing for both cooperative and competitive game modes. Sonic the Hedgehog 2 would also help the Sega Genesis surpass the sales of the Super Nintendo although only for a short while.

In 1993 Sega worked on multiple Sonic Games, those being Dr. Robotnik’s Mean Bean Machine (which was just an English localization of Puyo Puyo), Sonic Spin ball, and Sonic CD, a Sonic game for big boys. Sonic CD was the first Sonic game to not be sold as a cartridge and the sales for it were also 1 to 1 with Sega CD units. 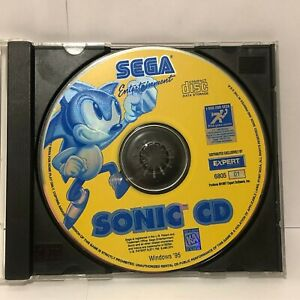 By 1996 Sonic Team and Travelers tales made the first 3D Sonic game called Sonic 3D Blast released for the Sega Genesis and the Sega Saturn.

The success Sega once had during the 16 Bit era of consoles was beginning to leave them after the Sega Saturn was deemed a commercial failure. Sonic X-treme, a game that was meant to be released on the Saturn, was canceled after Sega Technical Institute got into many disputes with Sega Japan. Sega’s response to this was to release an enhanced port of Sonic 3D Blast for the Saturn.

“After the release of the Sony PlayStation in 1994, the atmosphere at Sega became political, with “lots of finger-pointing,” Roger Hector, one of the developers who worked on Sonic X-treme, said.

Instead of creating a new Sonic game for the failed Saturn, Sega decided to put Sonic Team’s resources towards their new console, the Sega Dream Cast, and one of the launch titles for the console was 1998’s Sonic Adventure. In 2001 Sonic Adventure 2 was also released for the Dream Cast in celebration of the series 10th anniversary and was also the last Sonic game to be released on Sega’s own hardware, afterward Sega would become a 3rd party video game publisher releasing games on Nintendo, Sony, and Microsoft platforms.

The first Sonic game to be released on a non-Sega Platform would be Sonic Pocket Adventure but for now let’s just say that it was Sonic Advanced for the Game boy Advanced. Over the years Sega would re-release almost every Sonic that came out during the 90s.

Sonic games are still being released to this day with varying levels of success. In 2014 Sega announced that Sonic Boom Rise of Lyric was the worst selling Sonic game.

For anyone who wishes to gain more information outside of this article, the official Sonic the Hedgehog YouTube channel recently uploaded a brief history video called Sonic 101: A Brief History on Sonic the Hedgehog.