Show Review: Marvel’s What If Series 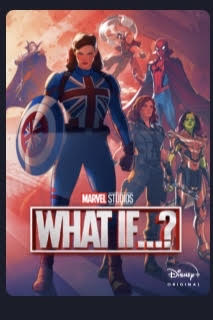 Marvel’s latest animated series “What if ” is built on a good idea but poorly executed. At some point almost every marvel fan has asked the “What if” question. However, the delivery of these stories is poor.

For starters it takes all of the characters you know and love from the original movies and turns them into shallow boring characters who are usually killed off or deprived of the events that define them. To make matters worse these plot lines are shoved into the timeslot of an episode instead of a movie, making everything feel rushed. The result is more disappointing and distasteful than exciting. It leaves so much to be wanted by the viewer. Core characters’ personalities are repackaged into a 30 minute story version of themselves that almost always contradicts with the movie.

One of the worst examples of this is the Star Lord episode where T’challa becomes Star Lord instead of Quin. Probably the most ridiculous aspect of this episode is Thanos joining the guardians of the galaxy. He is an entirely changed man and they now all joke about how he used to believe in genocide, which is an odd way to brush over someone’s past. How did he change you might ask? The show gives no other explanation than Star Lord simply giving a good argument to change his mind. Possibly one of the thinnest and worst plot devices ever used. A war lord titan bent on genocide is swayed by a random star pilot who makes a good argument. It completely erases Thanos’s real character from the movies and transforms him into this weird father figure type who has a past with genocide but is now good.

From there the story becomes more and more shallow and hard to get invested in because of the ridiculousness of the plot and characters and the sheer ease with which Star Lord defeats the antagonist. There is hardly any struggle and the whole episode is unsatisfying.

“I hate that show, it sucks,” senior, Nick Varela said.

In conclusion, this pattern is repeated throughout the show unfortunately turning a great idea into one of Marvel’s laziest and poorest designed shows ever