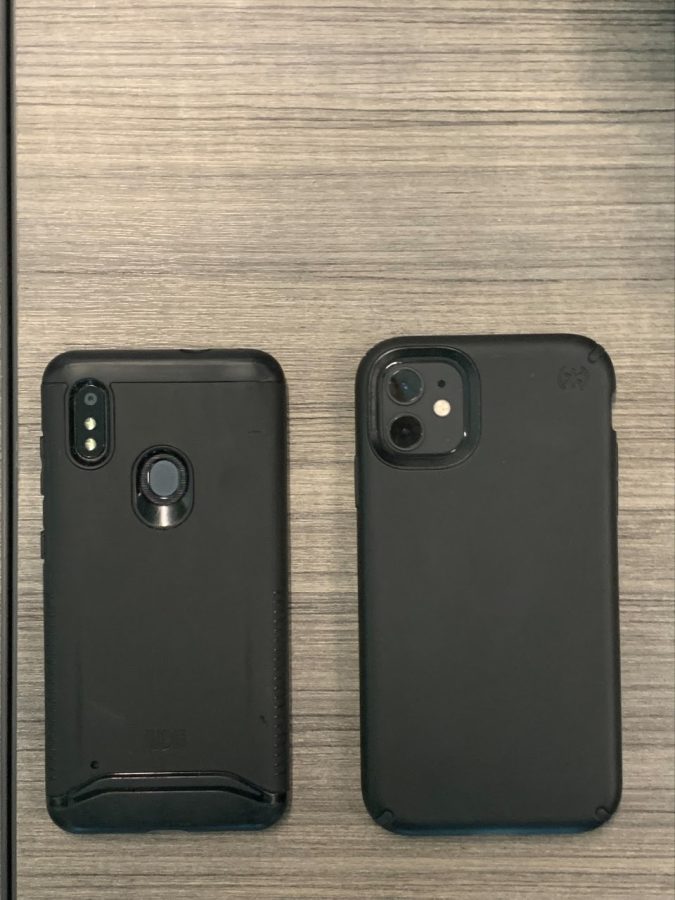 One of the biggest debates ever is whether Apple is superior to Samsung or vice versa. Apple has made some very good phones throughout the years. The first Apple phone was released on June 29, 2007. It immediately gained popularity and outshined its opponents. In 2021, Apple has proven to be the most popular brand. They had  a whopping 194 million phones sold. Samsung, although it is not as popular they still sold 62.12 million phones. Samsung has made some very good technological advancements. Even though Samsung makes very good phones, Apple still sells more phones than them. The Galaxy S21 which is a Samsung can zoom up to 100x! That is way better than Apple. One of the biggest reasons everyone chooses Apple is because everything with any sort of technology in it is compatible with Apple.

I asked students if they thought Apple or Samsung was better, and these are their responses.

“Apple is better because no one knows how to use a Samsung,” junior, Alex Cheney, said.

Another reason why Apple outshines its competitors is because of how easy it is to use. I guess with some time you could work on any phone, but Apple is just easier I guess.

“Apple is better than Samsung because it is more compatible with Apple TV and other people with Apple phones. Most of the people I interact with have apple phones. Which makes it easier to communicate with them and Airdrop and such. Also, not green group chats. Blue over green,” senior, Andrew Pugmire, said.

I found someone who actually does like Samsung over Apple and this is what they had to say.

“Samsung works just as good as Apple and in some cases is way cheaper. Overall, they are just as user friendly and get the same job done,” junior, Dayton Patrick, said.

In conclusion, Apple is superior to Samsung in many ways. It pains almost every teenager to see people use Samsung over Apple. They are so much easier to use, and can do way more. Samsung is just boring and lame overall.