What is BLM and Why is it Important? 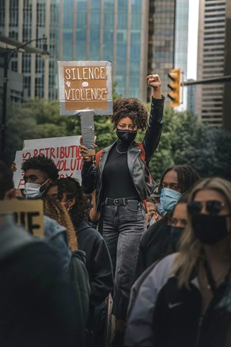 The BLM movement started around 2020. BLM stands for Black Lives Matter; and this whole movement wasn’t created to push down the importance of other lives but to raise the realization of the unfairness that is shown to people of color. BLM was always something people have fought for but when the death of George Floyd was announced people began to open their eyes to the racism that is put into the world.

On May 25, 2020, George Floyd was murdered by police. Derek Chauvin, one of the four police officers who arrived on the scene, knelt on Floyd’s neck and back for 9 minutes and 29 seconds. This death was something that could have and should have been avoided by police. The discrimination toward black people has been around for a long time, and there have been several occasions when people have fought for this racism to stop. The BLM movement was exactly that, it was a movement to show people that it needs to be stopped. Racism is a huge thing that many people contribute to and don’t understand why it is so wrong. 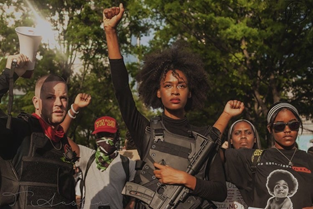 The BLM movement had protests to show that us as humans should stand together when people are mistreated for something as dumb as the color of their skin. Racism is something that is not only taught but is acted out upon kids to adults. There is discrimination towards someone of a different race even though they can not change that, but why should they need to. Black people should not have to fear their family, friends, and peers will get hurt by leaving their homes. When people think of BLM, they think people are trying to say that Black Lives are the only lives that matter, but this whole movement is to prove that certain races aren’t treated with equality.