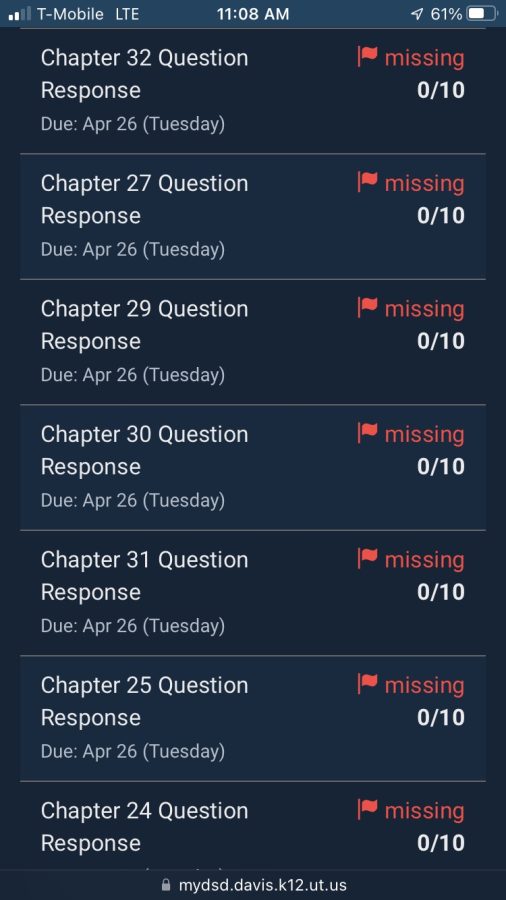 Quite possibly one of the most nefarious terms you hear throughout your high school career, filling students with both dread and sympathy, its infamy stretches the globe. The word I’m referring to is none other than PROCRASTINATION. Yes yes, procrastination. You’ve heard it everywhere from teachers, to students, everyone has their own take on it. Some claim that life without it would cease to exist, others say it’s the bane of the modern day student. But what do the students at Farmington High School think about it?

“You could say I evolve into the best version of myself when it’s the night before a 10 page essay is due, and I have written a total of two sentences,” an anonymous student said.

I think this student is right on the dot, but how do we go from being the most lazy people to the most efficient and work oriented people in a matter of days. I think that more research needs to be conducted concerning the effects of procrastination and maybe even the possibility of harnessing that alien feeling of actually being productive.

“I think procrastination is both good and bad, the large amounts of stress that build up when the due date gets closer are hazardous to my mental state of mind, but hey it always gets done right,” junior, John White, says.

John is onto something here, why is procrastination bad if it gets done in the end? To answer your question, it’s most likely because of the large amounts of stress that builds up and crashes down on you before the day it’s due, culminating in an unstoppable force that will get the assignment done no matter what. If you don’t procrastinate, then you will be able to avoid that stress that hurts your mental health. Another reason is that your quality of work is better when you plan out your time because you have more time to look for errors and think about it. But in the end, it’s up to the individual to decide whether or not to procrastinate, and if you choose to procrastinate, you will have to deal with the consequences.